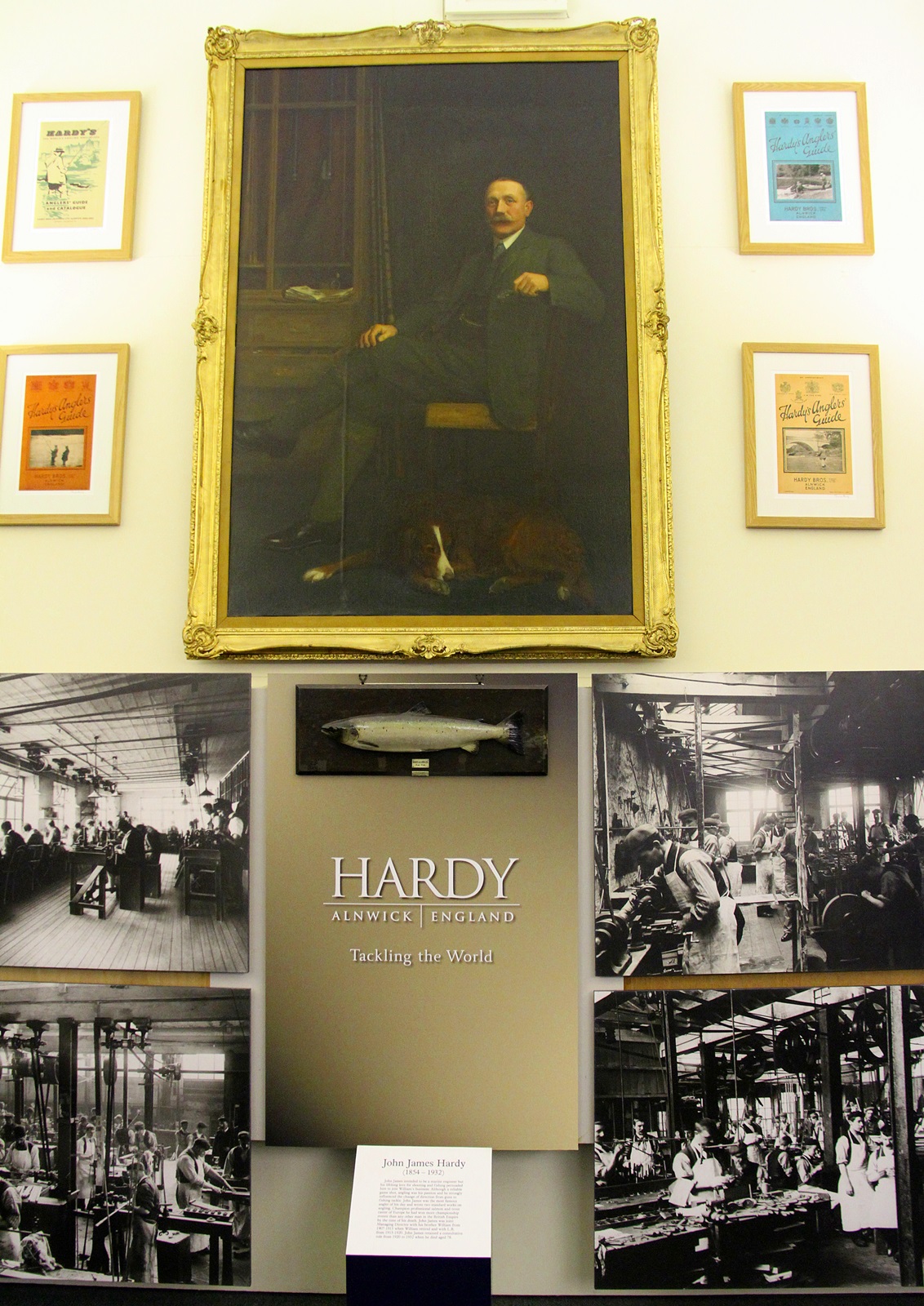 There things might have stood, but in 1874 an advert appeared in the Alnwick Mercury announcing that the firm was selling ‘superior River and Sea Fishing tackle’. Broadening the scope of the business worked wonders and by 1882 the brothers were prosperous enough for William to marry Barbara Mary Leighton, the daughter of the head gamekeeper of a local estate. Barbara’s father Robert was a very experienced angler and one of his legacies was a list of flies that appeared in the Hardy catalogues for many years. As the business grew, William and John James opted to split the workload according to their talents, with William doing the paperwork and JJ handling the people side through his role as general manager – and it has to have been one of angling’s greatest partnerships. While William kept the firm on a sound financial footing, JJ’s fertile mind never stopped thinking up new ideas and even after retirement he continued to devote his time to products like the Hardy angler’s pipe, much to the annoyance of his sister Emma, who had to put up with him smoking all the experimental versions in the evenings. William and JJ ran the business with an iron hand and although other brothers worked for the company in their time, they were never made partners or directors. 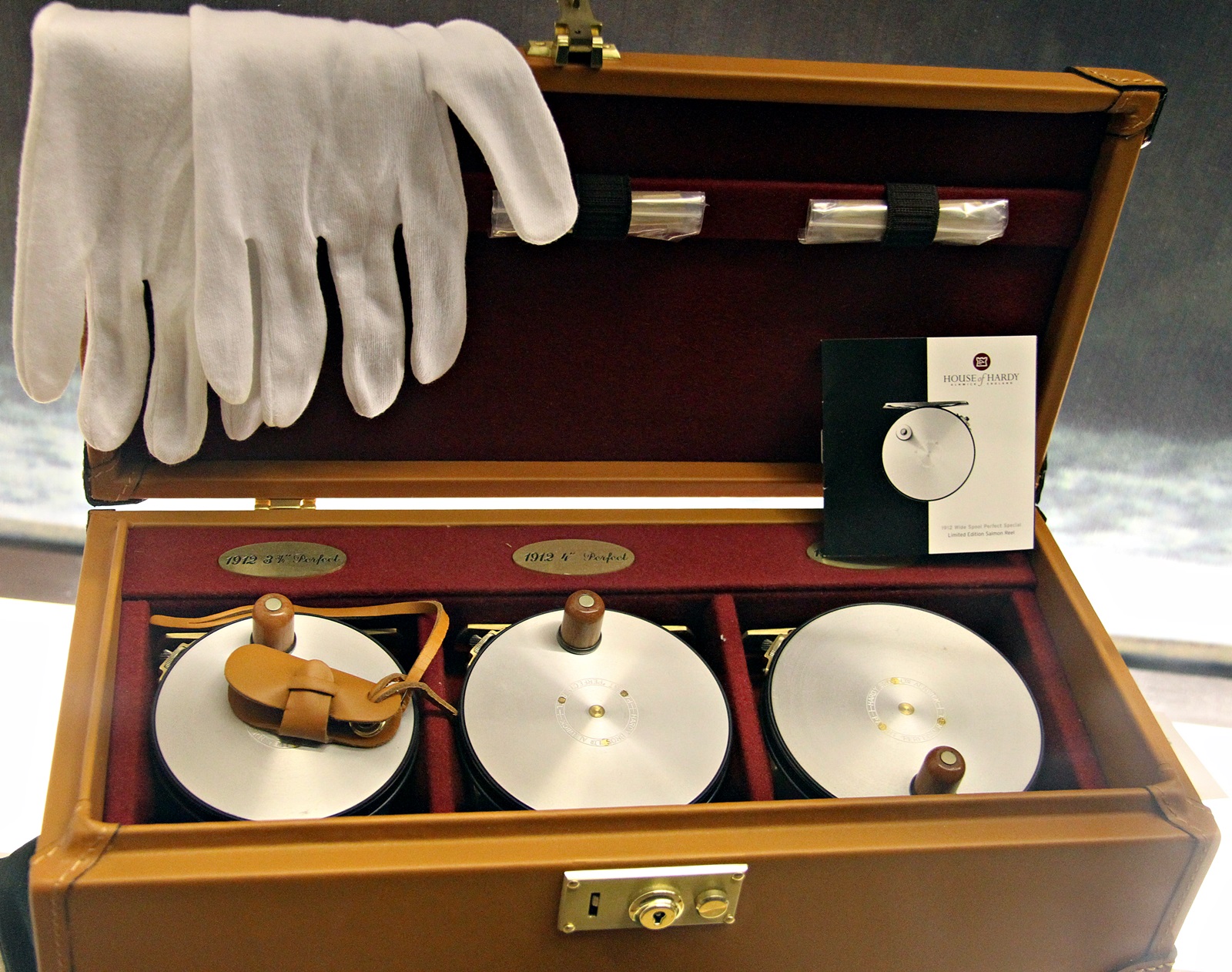 1891: The First Hardy Perfect To begin with the brothers bought in most of the tackle they sold, their reels, for example, coming from Malloch. However, as the firm expanded, Hardys found themselves with a reputation for superior quality tackle to defend and realised that they could hardly continue to depend on products made by competitors, so in 1891, after three years of patient development, they launched a reel which became their most famous product, the Perfect. It was an instant success and the firm has built it, with occasional interruptions, right up to the present day, a feat that no other tackle manufacturer can even begin to challenge. 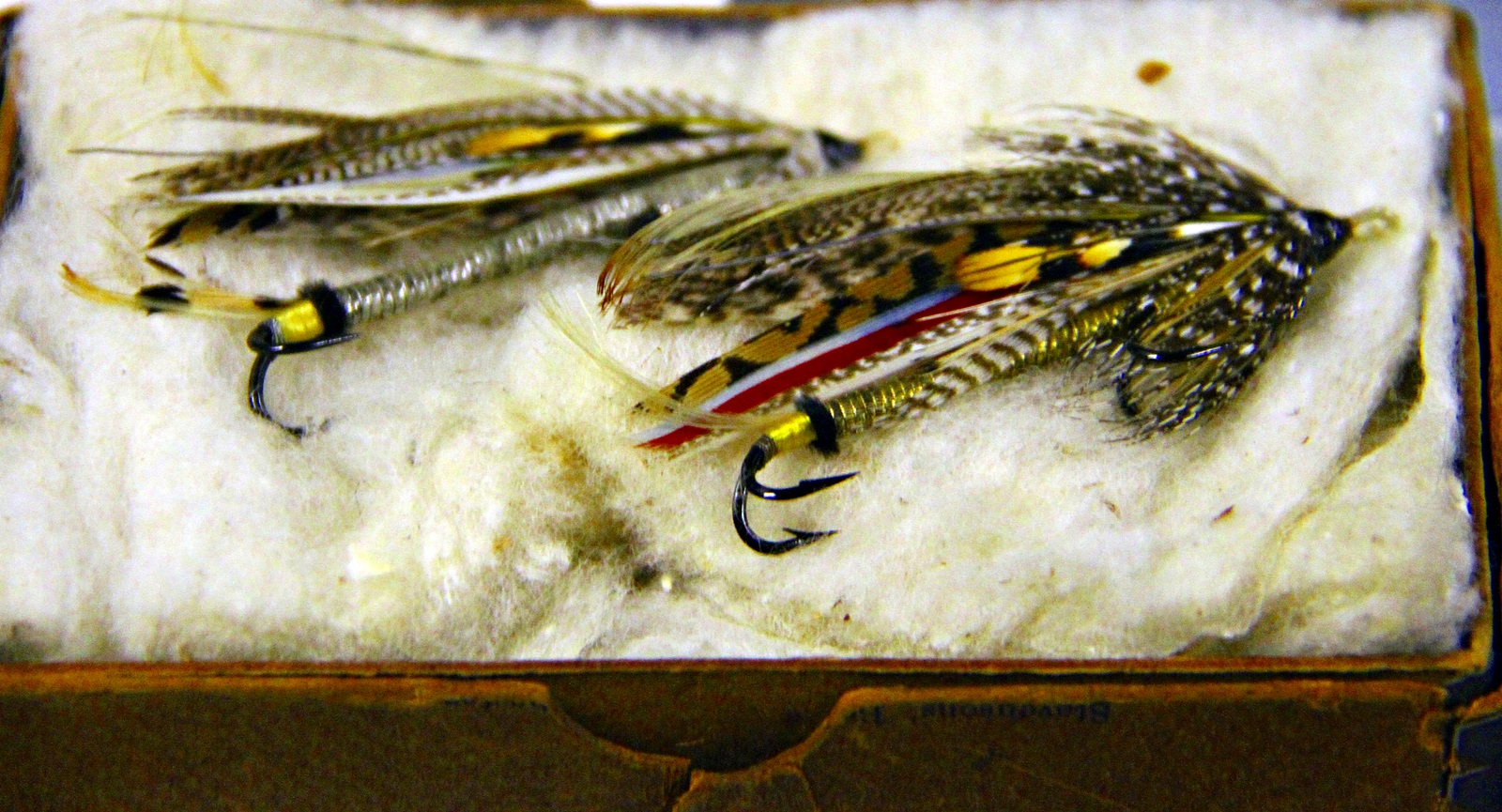 Innovative tackle, Royal warrants, the Hardy Angler’s Guide Other reels made by Hardy include the Fortuna (1921-1966) which was an «in» joke, given that it was for tuna; the Cascapedia, the original of which was sold from 1932-1939; the Alma, a multiplier made from 1925 to 1937; the Zane Grey multiplier, which sold from 1928 to 1957 (and is amongst the most collectible of all Hardy reels now); and the impressive Jock Scott multiplier, which was on the shelves from 1938 to 1952; but there were many others, such as the St. George and the Uniqua. Hardys had a talent for innovation and one of the firm’s many firsts was a patent on the full bail arm, which was introduced on their Altex spinning reel in 1932. It wasn’t long before Hardy’s products had gained worldwide fame and royal warrants were rained upon them, the company having held at least ten in its time. Some funny things happened along the way, including a letter which finally got to Alnwick having been addressed to «Hardys, c/o the King, England» and a birthday telegram from King George V, who, having been reminded that Thomas Hardy’s birthday was approaching, absent-mindedly sent the message to his favourite tackle manufacturer instead of the nation’s favourite novelist. 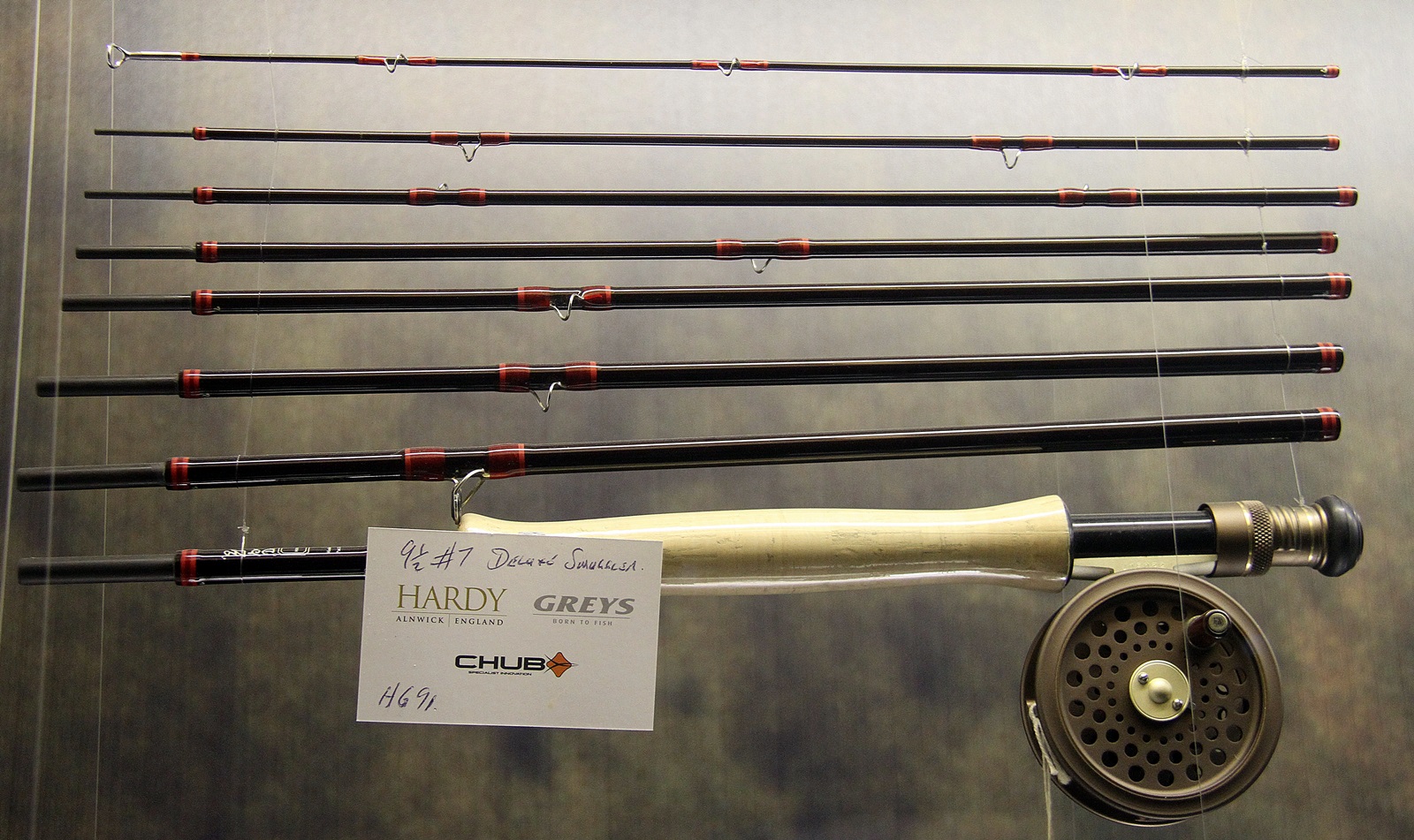 Hardys made an encyclopaedic range of tackle and they quickly filled their much anticipated catalogues with everything from rods and flies to lures and floats, it frequently being forgotten that the firm ran a substantial coarse fishing business right up to the beginning of the Second World War. The consequence was that the pre-war «Anglers’ Guides» landed with a satisfying thud on the doormat, the 1929 edition being regarded as quite unremarkable for a Hardy catalogue of its day, despite exceeding the length of the average novel at 374 pages. 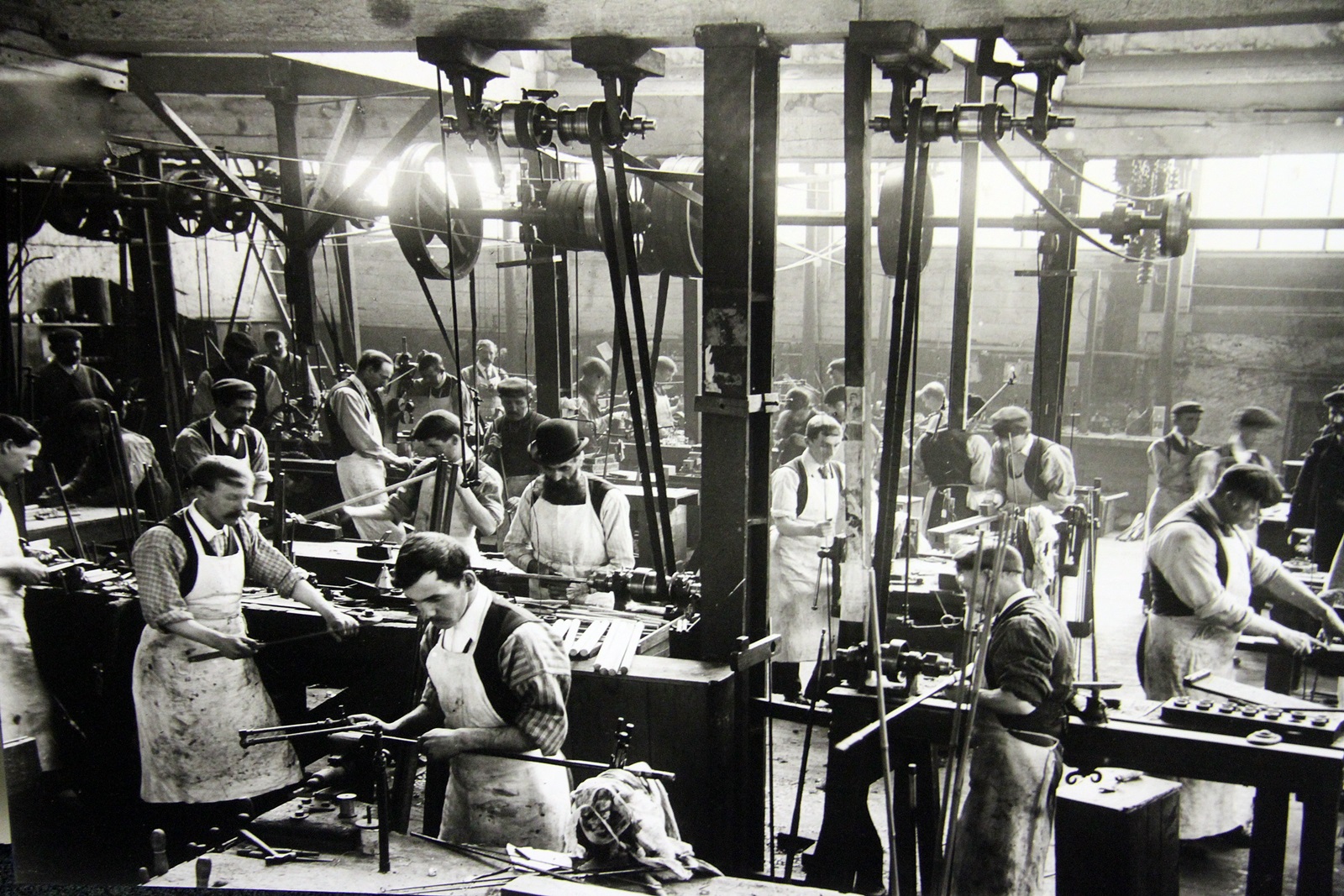 Expansion and Export For the first few decades of the firm’s existence, Hardys business activities were confined to Alnwick, after the brothers had expanded into comfortable new premises in Bondgate in 1887, but a decade later they opened a shop at 61 Pall Mall in London, which was destined to become nearly as famous an address as their Northumberland factory. Forster Hardy moved down south to manage the shop and stayed for over twenty years, finally resigning in early 1920, by which time Hardys had become a worldwide business and a major (if not the major) force in the tackle industry. By then the company had seen many changes, including the incorporation of the original partnership in 1907, which brought in Thomas Alder Thorp as chairman, although in most respects the enterprise was run as the family business it always had been. The tremendous rate of growth the firm achieved can be judged by the fact that in 1900, Hardy had warehouses in Edinburgh and Manchester in addition to their premises in Alnwick and London, and as export orders increased the firm found it necessary to appoint agents abroad, so that by the late twenties they had built up a network that stretched from Brussels to China and Australia. 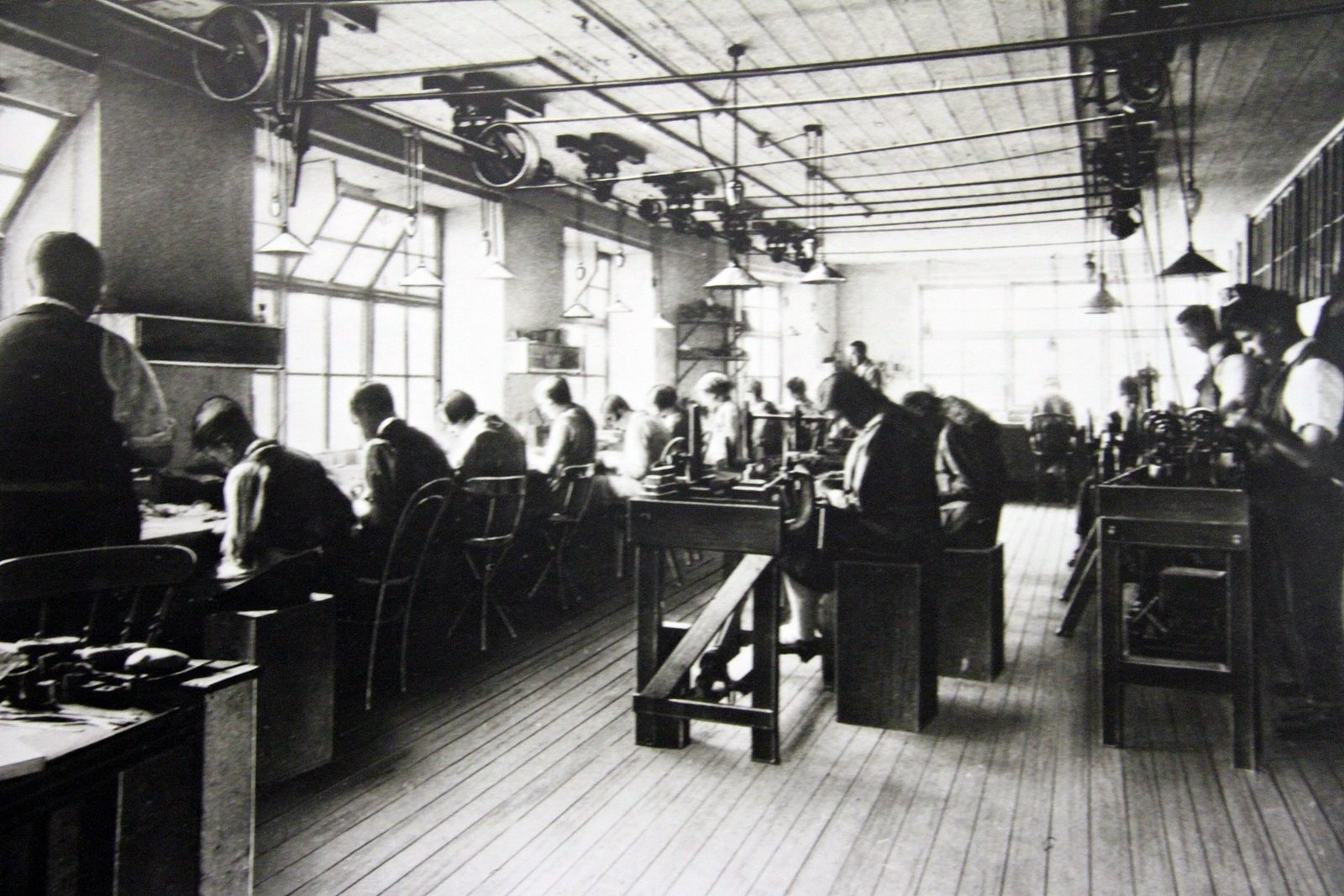 As each generation passed, a new managing director would be selected, although the family hedged its bets with joint appointments, so that when William retired in 1913, Laurence Robert (LR) shared the post first with JJ and then with his brother William (who was known as Mr. Willie), an arrangement which lasted until 1928. The last member of the family to enter the firm was James Leighton Hardy, who followed the usual path of serving an engineering apprenticeship, before being appointed works manager in 1954, works director in 1959 and finally marketing director. Jim was instrumental in catapulting Hardys into the modern era when he set up Fibatube, the plant which made the firm’s glass fibre and carbon rods. When Jim retired, the firm found itself without a Hardy at the helm for the first time in 120 years and in retrospect, this changed things more than anyone bargained for at the time. 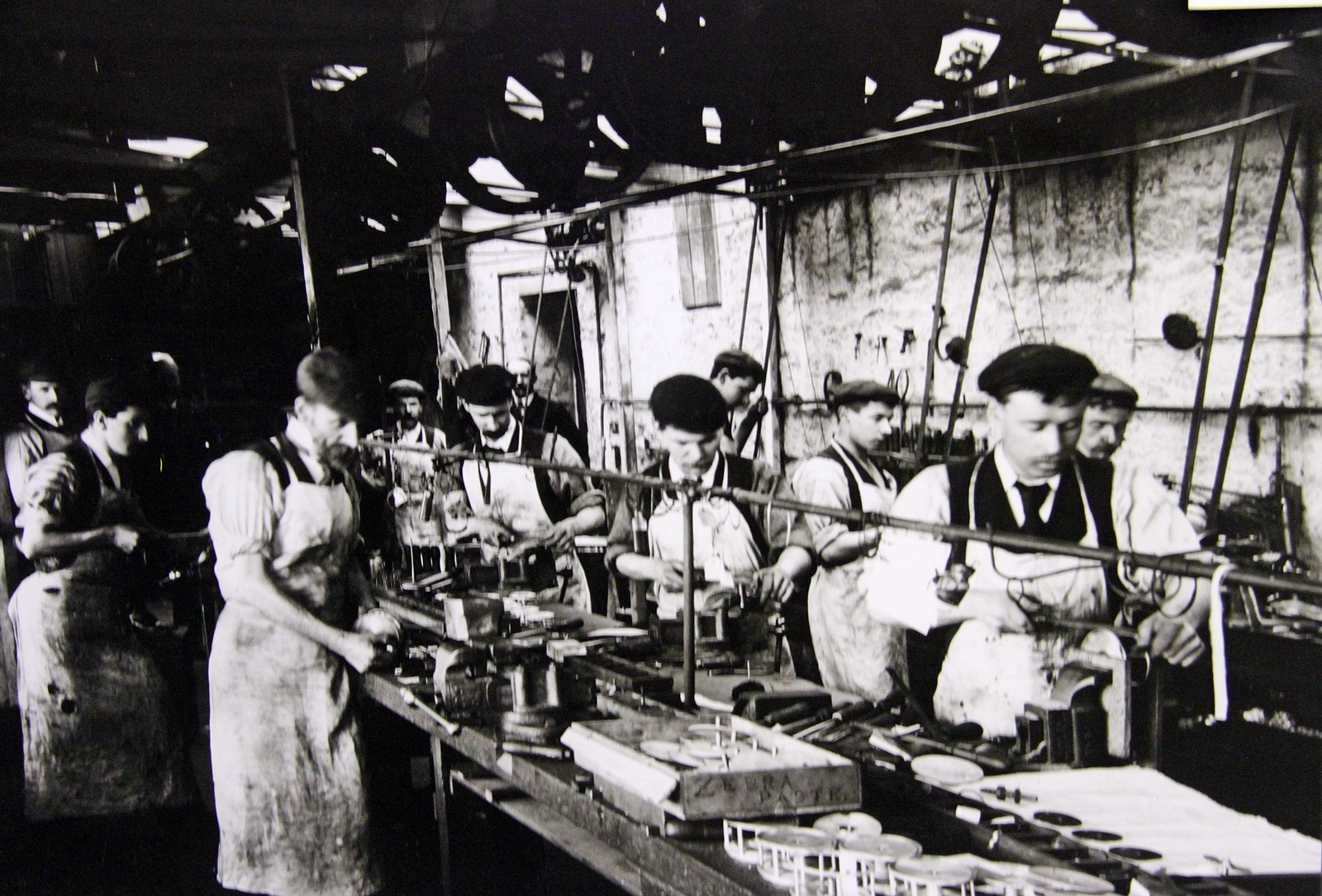 Casting for Success Apart from the personal touch in a firm that was more like a family than a business, one of the activities which had kept Hardys in the limelight was the prominent participation of members of the family in casting competitions. This started with J.J and L.R Hardy’s trip to the Chicago Fly and Bait Casting Tournament in which they came first and second in one of the classes, after which the firm was solidly represented at the major competitions until well after the Second War. Jim was the last of the family to carry the flame and he took to it with a will, after an ordeal by fire under the eagle eye of Tommy Edwards, the principal of the London School of Casting. Hardys made various custom reels for these competitions and they were one of the few firms that sold specially developed distance casting reels to the public, an example being the Tournament Casting Reel sold from 1931 to 1934 – they also made various ‘specials’ which have become fantastically collectible and, of course, fantastically priced. It was a winning tactic and the constant association of Hardy with tournament wins and advanced design cemented the name into so many anglers’ minds that they automatically bought Hardy kit unless they had a good reason to choose otherwise. 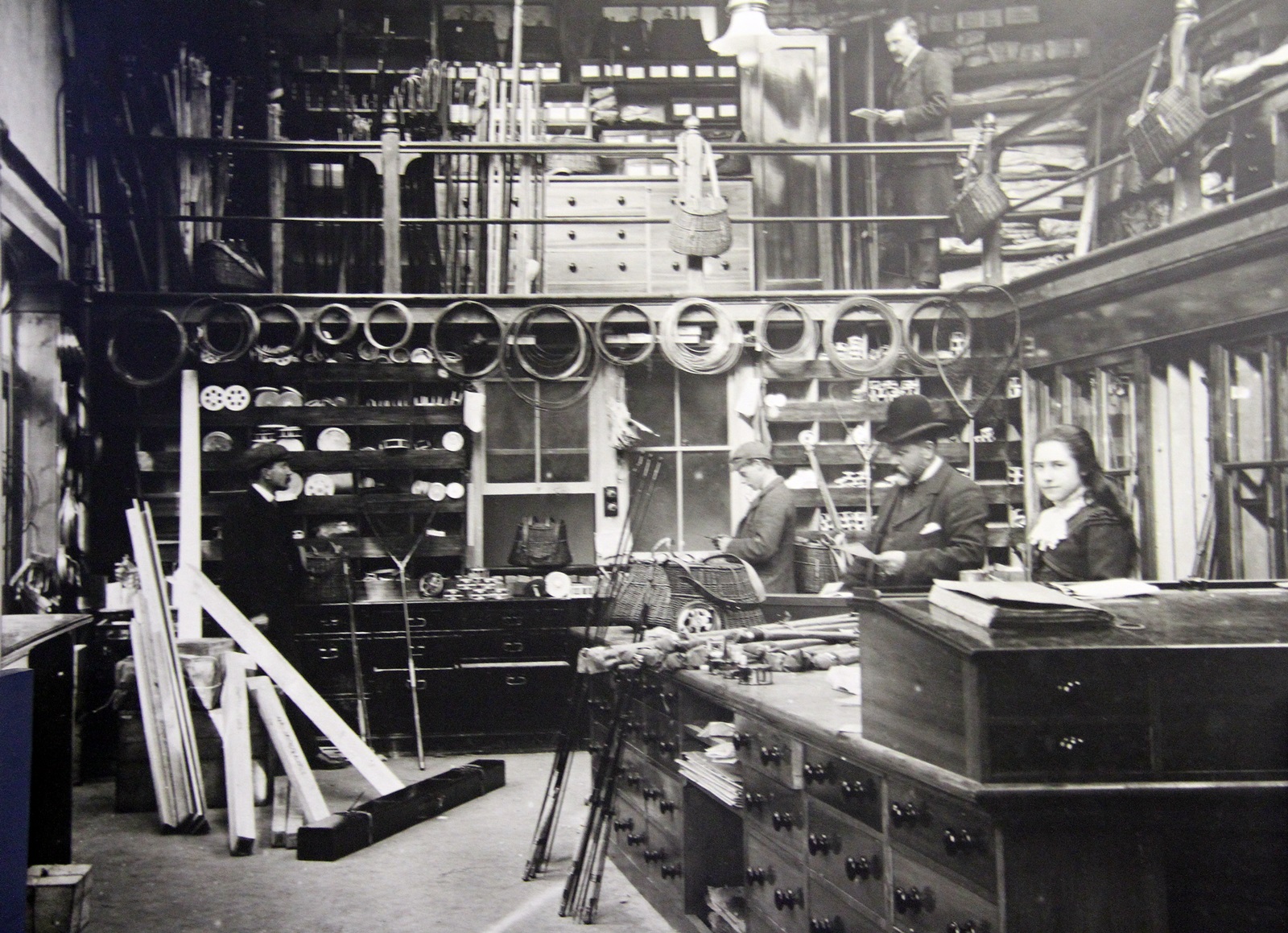 Hard times, name changes, and the end of family ownership Paradoxically, it was the Hardy brothers commitment to quality caught them out in the end. It is extraordinary to think of it, but the firm was still having all its salmon flies tied in the hand at the Bondgate factory in the 1960s, at a time when nobody did that kind of thing anymore and the vast majority of other firms were having their flies tied in India or Africa. By then, the writing was well and truly on the wall for the Bondgate building, which, state-of-the-art though it might have been 80 years previously, had become cramped and unsuitable, not to mention a serious fire hazard, thanks to decades of glue, varnish and oil soaking into the woodwork. A new factory was planned, but before the transition could be made, the firm ran into a serious cash flow problem, caught in the vice of the far eastern tackle trade expansion. 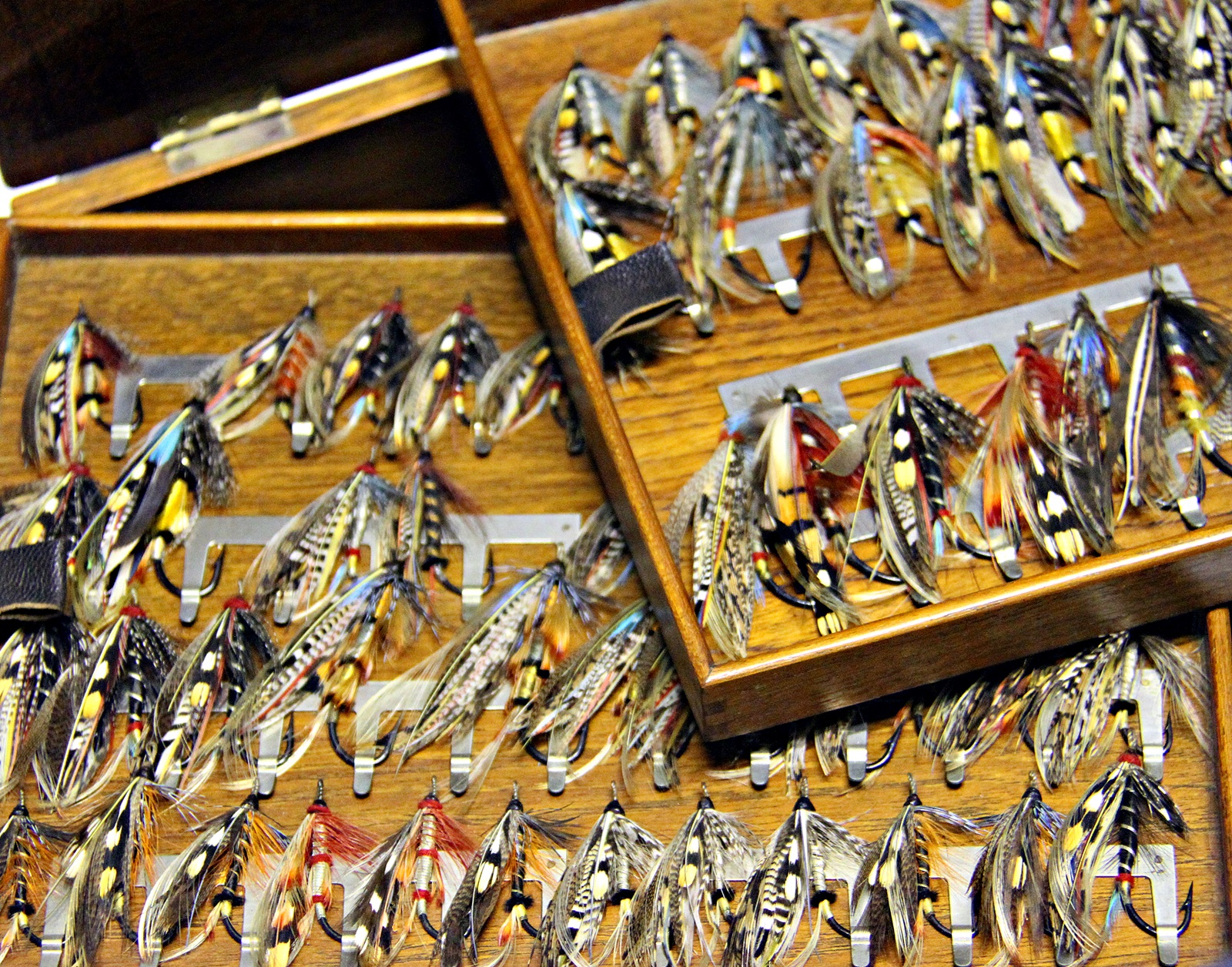 In 1967, Hardy’s was bought out by the Harris and Sheldon group, only to be pitched almost immediately into the harsh market conditions of the seventies and then the catastrophic recession of the early eighties. Emerging bloody, but unbowed, the firm was renamed House of Hardy Limited in 1985, which was followed by a further name change in 2004 to Hardy and Greys Ltd., after Hardys purchased a rival built up from nothing by one of their former employees. 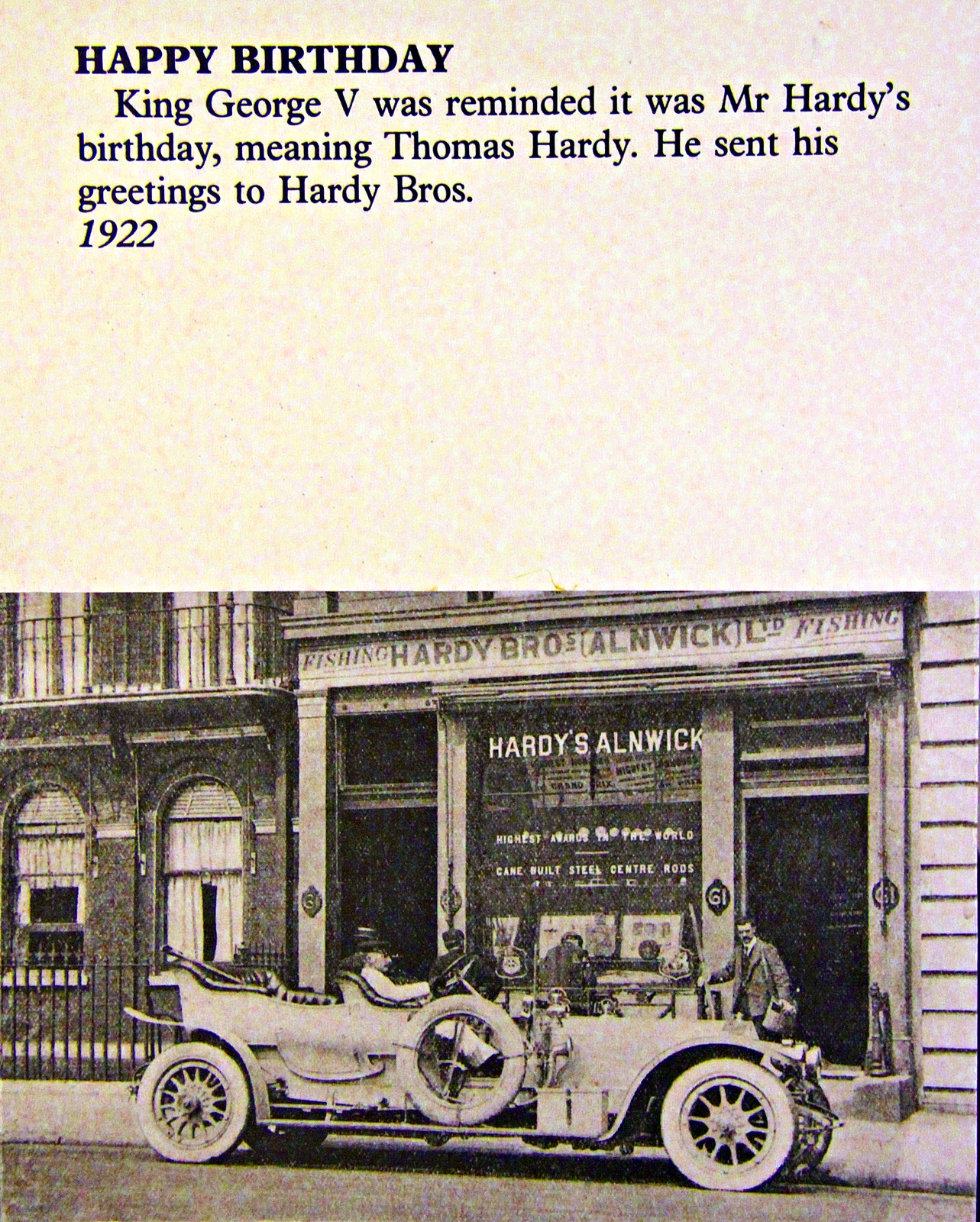 Hardy today – homage to history and a commitment to technical innovation Even though Hardys are no longer a family business, the company continues to value its tradition as well as its founders’ endless quest for improvement. In the past decade or so, Hardys has paid homage to its history with several lines of reels designed specifically for the collectors’ market – these ranges have tended to sell out very quickly and have provided many anglers with a second chance to own reels which would otherwise be far outside their price range. However, collecting is not what Hardy is about and at the time of writing, the firm remains at the cutting edge of tackle development, with its new range of Sintrix rods setting a challenge that its competitors will find hard to match. Long may Hardys remain a contender, and yes, you can still buy a Perfect reel. Nothing succeeds quite so much as getting a thing right the first time around.   http://youtu.be/Jyc0QQ0cup4     Asgeir